Bible DISCOVERY 15: The DESTINY of JESUS 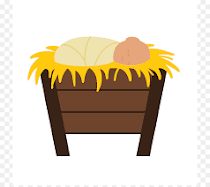 53 Who hath believed our report?

and to whom is the arm of the Lord revealed?

2 For he shall grow up before him as a tender plant,

and as a root out of a dry ground:

he hath no form nor comeliness;

and when we shall see him,

there is no beauty that we should desire him.

3 He is despised and rejected of men;

a man of sorrows,

and acquainted with grief:

and we hid as it were our faces from him;

and we esteemed him not.

4 Surely he hath borne our griefs,

and carried our sorrows:

yet we did esteem him stricken,

5 But he was wounded for our transgressions,

he was bruised for our iniquities:

the chastisement of our peace was upon him;

and with his stripes we are healed.

we have turned every one to his own way;

and the Lord hath laid on him the iniquity of us all.

and he was afflicted,

yet he opened not his mouth:

he is brought as a lamb to the slaughter,

and as a sheep before her shearers is dumb,

so he openeth not his mouth.

8 He was taken from prison and from judgment:

and who shall declare his generation?

for he was cut off out of the land of the living:

for the transgression of my people was he stricken.

nor cause his voice to be heard in the street.

3 A bruised reed shall he not break,

and the smoking flax shall he not quench:

he shall bring forth judgment unto truth.

The LORD was born, in the humblest of circumstances:

7 And she brought forth her firstborn son,

and wrapped him in swaddling clothes,

and laid him in a manger;

because there was no room for them in the inn.

He took the form of a servant:

which was also in Christ Jesus:

thought it not robbery to be equal with God:

7 But made himself of no reputation,

and took upon him the form of a servant,

and was made in the likeness of men:

He ministered to people:

45 For even the Son of man came not to be ministered unto,

and to give his life a ransom for many.

He became poor, so we may be rich:

9 For ye know the grace of our Lord Jesus Christ,

that, though he was rich,

yet for your sakes he became poor,

He was tempted, and yet had no sin:

with the feeling of our infirmities;

but was in all points tempted like as we are,

He died on the cross for us:

8 And being found in fashion as a man,

and became obedient unto death,

even the death of the cross.

His life was the GOSPEL:

3 For I delivered unto you first of all that which I also received,

how that Christ died for our sins

according to the scriptures;

4 And that he was buried,

and that he rose again the third day

according to the scriptures:

And GOD exalted Him:

and given him a name which is above every name:

10 That at the name of Jesus every knee should bow,

of things in heaven,

and things in earth,

and things under the earth;

11 And that every tongue should confess

that Jesus Christ is Lord,

to the glory of God the Father.

28 So Christ was once offered to bear the sins of many;

and unto them that look for him

shall he appear the second time

without sin unto salvation.

He shall come with the clouds:

7 Behold, he cometh with clouds;

and every eye shall see him,

and they also which pierced him:

and all kindreds of the earth shall wail because of him.

On a day and hour only the Father knows:

36 But of that day and hour knoweth no man,

no, not the angels of heaven,

but my Father only.

He will sit on His throne:

31 When the Son of man shall come in his glory,

and all the holy angels with him,

then shall he sit upon the throne of his glory:

He will judge, and make war:

11 And I saw heaven opened,

and behold a white horse;

and he that sat upon him was called Faithful and True,

and in righteousness he doth judge and make war.

and on his head were many crowns;

and he had a name written,

that no man knew,

13 And he was clothed with a vesture dipped in blood:

and his name is called The Word of God.

14 And the armies which were in heaven

followed him upon white horses,

15 And out of his mouth goeth a sharp sword,

that with it he should smite the nations:

and he shall rule them with a rod of iron:

and he treadeth the winepress

of the fierceness and wrath of Almighty God.

16 And he hath on his vesture and on his thigh a name written,

And Lord Of Lords.

And they shall reign, for ever and ever.

3 And there shall be no more curse:

but the throne of God and of the Lamb shall be in it;

and his servants shall serve him:

4 And they shall see his face;

and his name shall be in their foreheads.

5 And there shall be no night there;

and they need no candle,

neither light of the sun;

for the Lord God giveth them light:

and they shall reign for ever and ever.

Email ThisBlogThis!Share to TwitterShare to FacebookShare to Pinterest
Labels: Bible DISCOVERY, BIBLE power, God's LOVE and FAITHFULNESS, God's WRATH, JESUS, Only ONE MASTER, SPIRITUAL warfare, The MAGNIFICENCE and MAJESTY of GOD, The POWER of the NAME of JESUS
Newer Post Older Post Home

Bible DISCOVERY 22: GOD spares NO one

1 Peter 1:10 King James Version 10 Of which salvation the prophets have enquired  and searched diligently,  who prophesied of the grace  t... 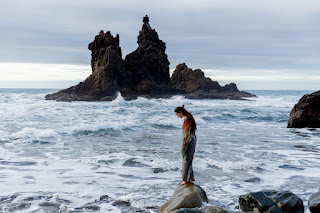 1 Chronicles 29:11 (KJV)
11 Thine, O Lord is the greatness, and the power, and the glory, and the victory, and the majesty: for all that is in the heaven and in the earth is thine; thine is the kingdom, O Lord, and thou art exalted as head above all.

Leila Casusi
The work I do, is share GOD's WORD with you. 1 Thessalonians 5:23 King James Version 23 And the very God of peace sanctify you wholly; and I pray God your whole spirit and soul and body be preserved blameless unto the coming of our Lord Jesus Christ.