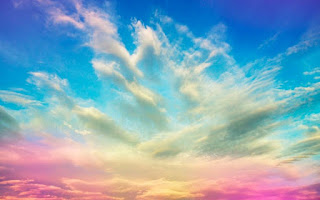 9 The Lord is not slack concerning his promise,

as some men count slackness;

but is longsuffering to us-ward,

not willing that any should perish,

but that all should come to repentance.

How much does GOD love us?

How much patience has He borne?

How has He shown His love?

In one magnificent chapter, you shall know.

Whether Jew, or Gentile, GOD's LOVE applies to us all.

incline your ears to the words of my mouth.

2 I will open my mouth in a parable:

I will utter dark sayings of old:

3 Which we have heard and known,

and our fathers have told us.

4 We will not hide them from their children,

shewing to the generation to come

the praises of the Lord,

and his wonderful works that he hath done.

5 For he established a testimony in Jacob,

and appointed a law in Israel,

which he commanded our fathers,

that they should make them known to their children:

even the children which should be born;

who should arise and declare them to their children:

and not forget the works of God,

but keep his commandments:

a stubborn and rebellious generation;

a generation that set not their heart aright,

and whose spirit was not stedfast with God.

9 The children of Ephraim,

being armed, and carrying bows,

turned back in the day of battle.

10 They kept not the covenant of God,

and refused to walk in his law;

and his wonders that he had shewed them.

12 Marvellous things did he in the sight of their fathers,

in the land of Egypt,

in the field of Zoan.

and caused them to pass through;

and he made the waters to stand as an heap.

14 In the daytime also he led them with a cloud,

and all the night with a light of fire.

15 He clave the rocks in the wilderness,

and gave them drink as out of the great depths.

16 He brought streams also out of the rock,

17 And they sinned yet more against him

by provoking the most High in the wilderness.

18 And they tempted God in their heart

by asking meat for their lust.

19 Yea, they spake against God;

Can God furnish a table in the wilderness?

that the waters gushed out,

and the streams overflowed;

can he give bread also?

can he provide flesh for his people?

21 Therefore the Lord heard this,

so a fire was kindled against Jacob,

and anger also came up against Israel;

22 Because they believed not in God,

and trusted not in his salvation:

23 Though he had commanded the clouds from above,

and opened the doors of heaven,

24 And had rained down manna upon them to eat,

and had given them of the corn of heaven.

he sent them meat to the full.

26 He caused an east wind to blow in the heaven:

and by his power he brought in the south wind.

27 He rained flesh also upon them as dust,

and feathered fowls like as the sand of the sea:

28 And he let it fall in the midst of their camp,

round about their habitations.

and were well filled:

for he gave them their own desire;

30 They were not estranged from their lust.

But while their meat was yet in their mouths,

31 The wrath of God came upon them,

and slew the fattest of them,

and smote down the chosen men of Israel.

32 For all this they sinned still,

and believed not for his wondrous works.

33 Therefore their days did he consume in vanity,

and their years in trouble.

then they sought him:

and they returned and enquired early after God.

35 And they remembered that God was their rock,

and the high God their redeemer.

36 Nevertheless they did flatter him with their mouth,

and they lied unto him with their tongues.

37 For their heart was not right with him,

neither were they stedfast in his covenant.

being full of compassion,

and destroyed them not:

yea, many a time turned he his anger away,

and did not stir up all his wrath.

39 For he remembered that they were but flesh;

a wind that passeth away,

and cometh not again.

40 How oft did they provoke him in the wilderness,

and grieve him in the desert!

41 Yea, they turned back and tempted God,

and limited the Holy One of Israel.

42 They remembered not his hand,

nor the day when he delivered them from the enemy.

43 How he had wrought his signs in Egypt,

and his wonders in the field of Zoan.

44 And had turned their rivers into blood;

and their floods, that they could not drink.

45 He sent divers sorts of flies among them,

and frogs, which destroyed them.

46 He gave also their increase unto the caterpiller,

and their labour unto the locust.

47 He destroyed their vines with hail,

and their sycomore trees with frost.

48 He gave up their cattle also to the hail,

and their flocks to hot thunderbolts.

49 He cast upon them the fierceness of his anger,

wrath, and indignation, and trouble,

by sending evil angels among them.

he spared not their soul from death,

but gave their life over to the pestilence;

51 And smote all the firstborn in Egypt;

the chief of their strength in the tabernacles of Ham:

52 But made his own people to go forth like sheep,

and guided them in the wilderness like a flock.

so that they feared not:

but the sea overwhelmed their enemies.

54 And he brought them to the border of his sanctuary,

even to this mountain,

which his right hand had purchased.

55 He cast out the heathen also before them,

and divided them an inheritance by line,

and made the tribes of Israel to dwell in their tents.

56 Yet they tempted and provoked the most high God,

and kept not his testimonies:

58 For they provoked him to anger with their high places,

and moved him to jealousy with their graven images.

59 When God heard this, he was wroth,

60 So that he forsook the tabernacle of Shiloh,

the tent which he placed among men;

61 And delivered his strength into captivity,

and his glory into the enemy's hand.

62 He gave his people over also unto the sword;

and was wroth with his inheritance.

63 The fire consumed their young men;

and their maidens were not given to marriage.

64 Their priests fell by the sword;

and their widows made no lamentation.

65 Then the Lord awaked as one out of sleep,

and like a mighty man that shouteth by reason of wine.

66 And he smote his enemies in the hinder parts:

he put them to a perpetual reproach.

67 Moreover he refused the tabernacle of Joseph,

and chose not the tribe of Ephraim:

68 But chose the tribe of Judah,

the mount Zion which he loved.

like the earth which he hath established for ever.

70 He chose David also his servant,

and took him from the sheepfolds:

71 From following the ewes great with young

he brought him to feed Jacob his people,

and Israel his inheritance.

according to the integrity of his heart;

by the skilfulness of his hands.

Why was GOD so patient, and merciful, with man?

These particular verses say it best:

38 But he, being full of compassion,

forgave their iniquity, and destroyed them not:

yea, many a time turned he his anger away,

and did not stir up all his wrath.

39 For he remembered that they were but flesh;

a wind that passeth away,

and cometh not again.

40 How oft did they provoke him in the wilderness,

and grieve him in the desert!

41 Yea, they turned back and tempted God,

and limited the Holy One of Israel.

How we limit GOD's power!

We have no idea His power.

But these links speak of it:

When GOD turns away from us

2 Peter 3:9 King James Version 9 The Lord is not slack concerning his promise,  as some men count slackness;  but is longsuffering to us-w...

1 Chronicles 29:11 King James Version Thine, O Lord is the greatness, and the power, and the glory, and the victory, and the majesty: for all that is in the heaven and in the earth is thine; thine is the kingdom, O Lord, and thou art exalted as head above all.

Leila Casusi
The work I do, is share GOD's WORD with you. 1 Thessalonians 5:23 King James Version -- And the very God of peace sanctify you wholly; and I pray God your whole spirit and soul and body be preserved blameless unto the coming of our Lord Jesus Christ.